Buy album
View on Bandcamp
The band was formed by Stéphane Bélanger (known for managing Obliveon and GWN Records over a decade ago) on drums and vocals and Steeve Hurdle (Purulence, Negativa, Gorguts) on guitar and vocals. They were joined shortly thereafter by Stéphane Picard (Obliveon) on bass and vocals.

The debut EP was recorded in 1998, but it was then shelved indefinitely when Steeve tragically passed away.

The 3 tracks were finally completed between 2016 and 2019 and they are finally available to the general public as a tribute to Steeve's memory, once more displaying his awesome and twisted songwriting skills!

This EP is a 3 songs story arc.

All profits made by VARGR will be donated to an orgazition that helps people with mental illness, for which Steeve dedicated the last few years of his life!

Vargr is a Death/Doom Metal band that was created in 1998 by Stéphane "Master" Bélanger (ex-GWN Records/ex-Obliveon PR and early days producer) and Steeve Hurdle (ex-Gorguts/ex-Negativa/ex-Purulence)... Their love of Doom Metal bands such as Candlemass, Solitude Æturnus and Cathedral, to name a few, as well as their love of Death Metal in all its forms and their long time friendship brought them together to jam in their spare times, between their respective activities... It wasn't long before riffs started to come out from Steeve's twisted musical mind and arrangements for their first original track started to jell together, all of this after just a couple of jams! They were joined shortly afterward by their friend Stéphane Picard (Obliveon) and two more songs were then composed and arranged within a few more jams.

Shortly thereafter, in March of 1998, they entered a studio with their buddy Mathieu Bérubé to record those 3 songs, a three-song story arch which was destined to become their debut EP...

Unfortunately, in the following weeks, health problems hit Steeve and the project was shelved indefinitely. Therefore, an official final mix was never completed.

A few years later, the underground Metal world was shocked to hear that Steeve had passed away and Vargr was over.

In the summer of 2015, Stéphane B. and Mathieu met by pure chance and chatted optimistically about this un-finished studio project... The opportunity to finally complete this EP still existed since Mathieu still possessed all the original multi-tracks tapes from that studio session. So thanks to Mathieu's precious help, the tape has been transferred by François Coderre into today's pro-tool format and has been mixed and mastered between September 2018 and February 2019 by old friend Pierre Rémillard of Obliveon-fame. So it is now available to the public through PRC Music since December 2019, as a memento to Steeve's gigantic talent and musical genius!...

Meanwhile, in February 2019, while mixing the project, Stéphane Bélanger and Pierre Rémillard decided to re-activate the band! Former bassman Stéphane Picard will also be part of the revived project...
Later on, in March of 2021, Martin Gagné (Obliveon) also joined the revived project on guitar. Some new Vargr material is being worked on right now...!!!

Here are some teasers from our debut EP - now available! 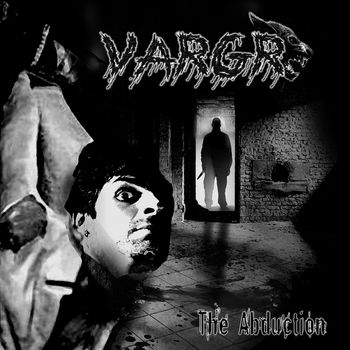 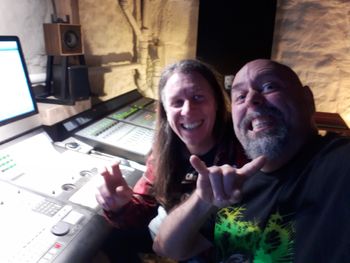 Pierre and Stéphane B. 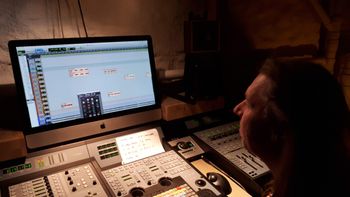 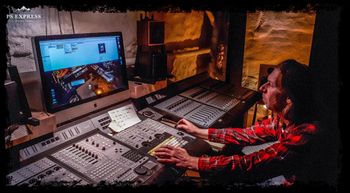 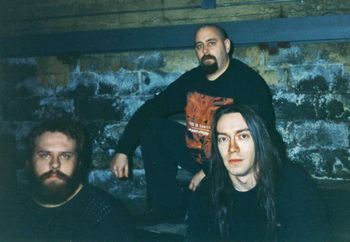 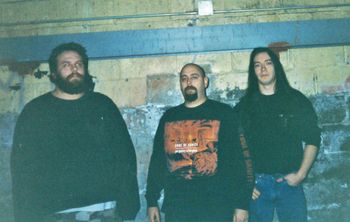 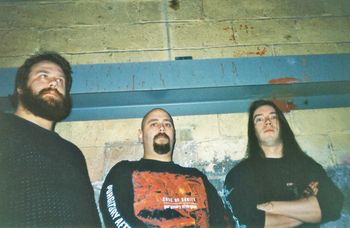